There are a few men in my life whom I look up to and respect as fathers in The Lord. One of them is a guy by the name of Mike Paschall, and despite our mutual appreciation of one another we have never even met each other in person. The following words were written by him as a part of a daily devotional he wrote called Raw Talks With Wisdom and he has given me permission to post them here.

“Like a thornbush brandished by the hand of a drunkard is a proverb in the mouth of a fool.” Proverbs 26:9, NRSV

“To ask a moron to quote a proverb is like putting a scalpel in the hands of a drunk.” Proverbs 26:9, MSG

I have no interest in insulting your intelligence, but may I point out the obvious here? The reason it’s a bad idea for an inebriated individual to trim a rose bush is because his or her judgment and perspective is impaired.

Rose bushes are awesome when they are bloomed in beauty, but if you mishandle them for whatever reason, there are severe consequences. Again, you want your surgeon sober when he’s removing your appendix. Just saying. A surgeon who is under the influence actually becomes unsafe because of what has consumed him.

Like the rose bush or the scalpel, a proverb isn’t the problem. It’s any of these things in the hands of a fool that wreaks havoc and causes destruction.

So, I want to try my hand at paraphrasing today’s text: “A loaded gun in the hands of a lunatic is like scripture in the mouth of a bitter or legalistic Christian.”

This isn’t an NRA advertisement by any means, but guns are not the whole problem in and of themselves. The fact that bad people, immature people, negligent people stockpile arsenals of assault weapons IS A PROBLEM.

I believe it’s a good idea for law enforcement personnel to carry loaded weapons while they’re on duty. I also think it’s a good thing for our nation’s military to be armed while actively defending our country. A thug with a gun is quite another story.

Scripture is full of life! BUT using it as a license to put people in bondage is not a good thing. Likewise, using the Bible to control how people live is a gross misusage.

I have devoted my life to serving the Lord and his people. It requires me to glean and incorporate the foundational truths and great themes of scripture. But I also must be aware that if I make the text a simple rulebook of do’s and don’ts, I have killed the Spirit of love and help that is infused in the Bible.

I do not have permission to grind my way through life using scripture as the litmus test of “who’s in” and “who’s out,” what is right and what is wrong or what is good and what is evil. What a shallow way to live life!

Honestly, there were seasons in my life where I did that. I was nothing more than a modern day Pharisee who needed to be saved from having to be right all the time! Being full of legalism and self-righteous pride made me drunk with religious zeal. I was nothing like the Jesus I was trying to serve.

The problem wasn’t the scripture. I WAS THE PROBLEM. We need to take some time to make sure we are using scripture correctly and safely.

In The Pages
(this is where you journal your way through the following questions
Do you use scripture to make your point in religious altercations? How often do you use scripture to scold another person’s bad behavior? How consumed are you with having right doctrine? Who ultimately gets to decide whether your doctrine is right or wrong? 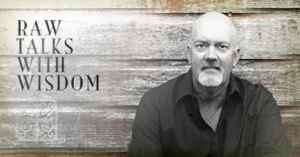